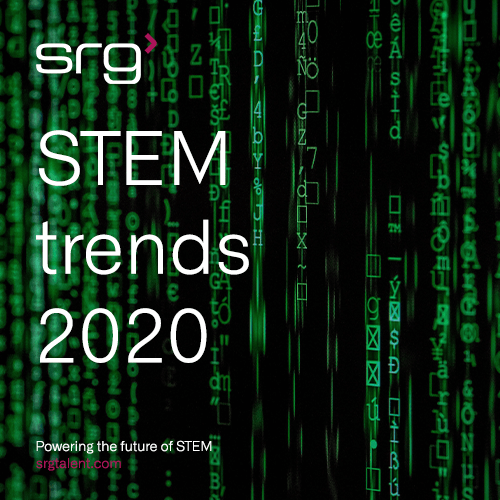 Last year, our science trends in 2019 blog predicted that self-diagnosis, gene therapy, and questions around research funding in the run-up to Brexit would all make waves in the world of science. Our forecasts were not too wide of the mark.

In 2019, a combination of crowded GP surgeries, rising waiting times and increasingly personalised direct-to-consumer tech led to an uptick in the number of people self-diagnosing. The added health anxiety attached to do-it-yourself genetic testing kits such as 23andMe, for example, is continuing to put a strain on the NHS.

Meanwhile, two new gene therapies were approved and brought to market: for patients with a rare blood disease (beta-thalassaemia) in the European Union, and for spinal muscular atrophy patients in the United States.

Finally, in October, the Royal Society announced that UK science has missed out on around 460 million euros ($509.40 million) of EU research funding a year since 2015 due to uncertainty around Brexit. Though the UK has officially left the single market and customs union, the global impact of Brexit on scientific research is expected to be felt well beyond 2020.

As is the general trend in the 21st century, the interconnected arenas of science, technology, engineering, and mathematics are changing our world year-on-year — shaking up industries as diverse as pharmaceuticals, agriculture, and space exploration.

In the third instalment of our annual predictions for the year ahead, we look at the science trends set to unfold in 2020. Some will be evolutionary; others will be truly revolutionary. But one thing’s for sure: people working in STEM will have to be on their toes to keep up with the breakneck rate of change.

On 31st December 2019, China alerted the World Health Organization (WHO) of several flu-like cases in Wuhan, the capital of Central China’s Hubei province.

A week later, the US Centers for Disease Control and Prevention identified this mysterious illness as coronavirus 2019n-CoV, which is from a family of viruses that includes the common cold, SARS and MERS. By the end of January, the disease had spread to 15 countries and there were almost 8,000 confirmed cases, of which the death toll had risen to 200.

In response, the WHO has declared an international health emergency. All flights to and from China have been grounded, several countries began evacuating their nationals from Hubei province, and Russia has closed its 2,700-mile border with China.

This outbreak — arguably the most alarming since the SARS epidemic of the early 2000s — has led to frenzied activity in the scientific community. Researchers are racing to develop a vaccine to immunise people from coronavirus, with one lab in California planning for a potential vaccine to enter human trials by June or July. Meanwhile, Chinese scientists began testing thirty therapeutic candidates to combat the virus.

With coronavirus predicted to affect tens of thousands and last for months, finding ways to contain and eradicate the illness will undoubtedly be a top priority for the scientific community as the year progresses.

The climate crisis is starting to have a visible impact. With Australia’s worst-ever bushfires dominating the headlines at the start of 2020, the need for immediate unilateral action has never been more urgent.

Humans cannot continue to extract natural resources at an exponential rate. With current levels of consumption, the most plausible “business-as-usual” scenario is that global temperature will have risen 3C above pre-industrial levels by the end of the century. While falling short of previous 4C to 5C temperature-rise predictions, 3C will still cause untold disruption to the planet’s delicate ecological equilibrium.

In response, the overlapping arenas of politics and economics will be dominated by an ongoing scramble to find energy-efficient solutions to everyday necessities.

In April 2019, the US renewable energy sector outpaced coal’s power generation for the first time. With intensifying trade tensions and economic slowdown disrupting the petroleum industry, renewable energy is set to expand by 50% (1,200GW) in the next five years. According to Marlene Motyka, Deloitte’s US and Global Renewable Energy leader:

“With growth driven by innovation and collaboration, renewable energy will continue its march toward newly gained dominance in electricity markets as it demonstrates its ability to reduce costs and address climate concerns.

“In 2020, competition likely will expand to include renewables competing with one another. Costs for solar, for example, are declining faster than those for wind.”

Green energy is not the only area of the Eco Revolution expected to come to the fore in 2020. Thanks to advances in biotechnology and consumers increasingly gravitating towards environmentally aware brands, last year saw the rise of zero-waste, plastic-free fast-moving consumer goods (FCMG). Examples include the introduction of refillable containers in UK supermarkets and the seemingly unstoppable rise of veganism. Expect these trends to gather pace as the year progresses.

In response to the rapid growth of Internet-of-Things (IoT) devices and 5G wireless, as well as the rising costs of cloud computing, the concept of “edge” computing has emerged in recent years. But what is this elusive computing paradigm, exactly?

According to Gartner, edge computing is “part of a distributed computing topology in which information processing is located close to the edge — where things and people produce or consume that information.” In other words, it brings data storage closer to the end-device or end-user — moving processing away from the cloud.

IDC forecasts that there will be 150 billion connected devices by 2025, 30% of which will produce real-time data. With its ultra-low latency and high bandwidth, edge computing architecture enables users to perform intelligent analysis on vast amounts of real-time data, all while bringing down bandwidth costs.

In 2020, we are likely to see investment in edge computing as businesses look to tackle AI-related computing demand. According to Dalia Adib, Practice Lead for Edge Computing at SLT Partners, the three industries at the forefront of edge computing adoption are manufacturing, healthcare, and construction.

In October 2019, Google introduced a new, open-sourced algorithm named BERT. This fact alone is nothing special; the tech giant rolls out algorithm updates most months. However, this particular algorithm was Google’s biggest change to its search engine in years.

Using natural language processing (or NLP for short) — a branch of linguistics, computer science and artificial intelligence (AI) that, in simple terms, can manipulate and “understand” human language — BERT reportedly improved the results returned for 1 in 10 English language searches. Given that Google processes 63,000 search queries per second, such improvements are groundbreaking.

To demonstrate BERT’s capabilities, Google highlighted the search term “2019 Brazil traveller to USA need a visa.” Before the update, the search engine would return results about US citizens travelling to Brazil. In other words, Google could not understand the importance of the word “to” and its relationship to the other words — a connection which is crucial for understanding the searcher’s intent. By creating an algorithm adept enough to deal with such a query, Google’s programmers had enabled AI to unlock one of the many nuances of language.

BERT is just one of the many major strides made by computer scientists in the last 18 months. These developments have happened so quickly that forward-thinking businesses are already beginning to adopt the technology. AI-powered NLP systems such as Salesforce’s CTRL and OpenAI’s GPT-2 are leading the charge — pushing the limits of artificial text generation and enabling companies who use them to tailor them to their business needs.

The implications of constantly improving NLP are far-reaching. By understanding the nuances of human language, NLP could not only lead to smarter search engines, chatbots, and digital assistants but could also prove the key to discovering more human-like (if not superhuman) artificial intelligence.

Despite many discoveries slipping under the radar of the general public, 2019 was a stellar year for space exploration. Key breakthroughs included the discovery of previously unknown exoplanets in various star systems; NASA’s Mars InSight lander probe picking up what scientists believe to be the first recorded “marsquake”; India launching its first (albeit unsuccessful) mission to the Moon; and, most notably, astronomers taking the first-ever image of a black hole.

With the 2020s underway, scientists and engineers look to build on these successes and usher in a new age of space discovery. Planned space launches in 2020 include:

These are far from the only missions planned for the year ahead. The European Space Agency and NASA launch their Solar Orbiter probe to begin its seven-year mission to explore the Sun’s ‘heliosphere’ up close. Meanwhile, the China National Space Administration (CNSA) plans to launch its Chang’e 5 mission to the Moon to collect lunar samples. And in December, Japan’s Hayabusa2 asteroid sample-return mission is due to land back on Earth — carrying precious rocks that will surely enhance our understanding of these desolate objects.

Collectively, these missions represent the next step in humanity’s innate instinct to find out more about our place in the cosmos. To meet demand and turbocharge innovation, the space industry is set to go from strength to strength. In the booming space hub of Luxembourg, for example, it already accounts for 2% of national GDP. And with the first trillionaire expected to come out of space mining, there’s never been a better time to join the space industry.

In an increasingly interconnected, globalised world, adaptability and emotional intelligence are among the skills that will define success in the 2020s.

Diversity is crucial for getting the most out of these skills. When STEM organisations are able to call upon individuals from a diverse range of backgrounds, experiences and ways of thinking, they are better placed to find sustainable, effective solutions to the planet’s most pressing issues. Diversity enables more skill-sharing, cross-sector collaboration and outside-of-the-box approaches to problem-solving. Diversity is a key driver of innovation.

Despite the crystal-clear benefits of diversity, the prevailing climate is one in which women, ethnic minorities, people with disabilities, and working-class students are still hugely underrepresented in STEM. While diversity issues exist in other sectors, the historically male-dominated workforce is some way off achieving anything akin to parity.

For example, while women make up 50% of the STEM workforce in the US, their presence varies substantially across occupational clusters and education levels. According to the Pew Research Center, women make up the majority of healthcare practitioners and technicians but are underrepresented in computing jobs and engineering.

The skills associated with science, technology, engineering, and mathematics are, as we all know, all in high demand across the globe. Reducing the widening skills gap this year through greater diversity is vital if we are to solve the monumental challenges that we currently face.

Learn more about diversity and inclusion (D&I) in the workplace. Download your free guide to creating a diverse and inclusive workforce.

For more fascinating insights into the ever-changing world of the life sciences sector, stay tuned to all SRG Blogs.