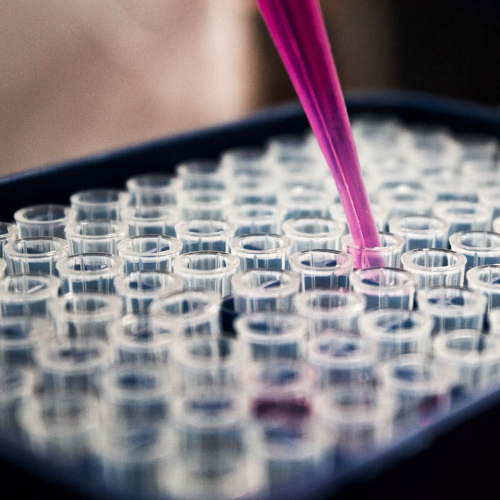 The UK parallel import licensing scheme lets a medicine authorised in another EU Member State be marketed in the UK, as long as the imported product has no therapeutic difference from the same UK product. This benefits consumers by keeping the market competitive, enabling access to a variety of medicines at reasonable prices. However, for brand owners keen to retain control over use of their trade marks, it is understandably confusing. To what extent can you stop use of a trade mark on parallel imports?

The concept of exhaustion is an essential part of UK and EU trade mark law, designed to ensure that trade mark rights do not conflict with the essential EU principle of freedom of movement of goods. The current position in both the UK and EU is that, once goods have been put on the market in the European Economic Area (EEA) under a trade mark, either by the trade mark proprietor or with their consent, the proprietor’s rights are ‘exhausted’ and they cannot subsequently control or object to other dealings with the goods on the basis of trade mark rights.

There is, however, a key exception to this rule: the principal of exhaustion of trade mark rights does not apply where there are legitimate reasons for the trade mark proprietor to oppose further dealings in the goods, particularly where the condition of the goods has been changed or impaired after they have been put on the market.

Parallel imports are particularly common in the field of pharmaceuticals and medicines, due to the significant difference in pricing across the EU Member States. Importers purchase goods that have already been placed on the market in the EEA and then import them into the UK to distribute and sell on to UK customers. These parallel imported pharmaceuticals may fall into several categories:

We will now look at when a trade mark proprietor’s rights are considered exhausted and when there may be legitimate reasons to object in respect of each of these scenarios.

In circumstances where a parallel importer simply purchases a pharmaceutical already on the market within the EEA and then imports it into the UK without changing the product or its packaging in any way, it is very unlikely the trade mark proprietor will have any grounds to object, assuming of course the product was placed on the market by the trade mark proprietor or with their consent.

This is even the case where the trade mark proprietor markets goods of different quality in different countries within the EEA. However, it may be possible to require the importer to warn the public of the difference in quality.

When importing a product into the UK, the importer may want to change some aspect of it to make it more acceptable for the UK market. This is more likely to apply to medical devices than to medicines.

Where the condition of the goods has changed, for example a new or replacement part has been added, the trade mark proprietor should have grounds to object.

However, the position where the product has been broken down and component parts are being sold separately is slightly different. In such a situation, the trade mark proprietor may only be able to object where there is likely to be some damage to the reputation of the trade mark.

In order to comply with UK laws and regulations on the sale of pharmaceuticals and medicines, it may be necessary for the parallel importer to make some changes to the packaging or labelling of the products before selling them in the UK, for example including English translations or ensuring all excipients in parenteral, ophthalmic and topical medicinal products appear on the labelling.

The main principles for repackaged or relabelled goods were set out by the Court of Justice of the European Union (CJEU) in 1996 in Bristol-Myers Squibb v Paranova A/S. In that case, the CJEU held that where an importer has repackaged the product, the trade mark owner may object unless the following conditions are met:

If the importer has failed to comply with any of these conditions, the trade mark proprietor should be able to object on the basis of their trade mark rights.

In some cases, the importer may remove the original trade mark from the packaging (Mark 1) and apply a new trade mark for the UK market (Mark 2), for example if the product is known under a different name in the UK. In those circumstances, is the proprietor of Mark 2 (the mark that has been applied) able to prevent use of their mark, bearing in mind the goods have never been placed on the market under this mark with the proprietor’s consent?

This issue has been the subject of several infringement cases in the UK. In such cases, the courts will typically apply the test established in Bristol-Myers Squibb v Paranova A/S. If the conditions have been met, the trade mark owner is unlikely to be able to object. This is intended to avoid what could be considered a ‘disguised restriction’ on trade, i.e. using different marks in different countries so that trade mark rights can be used to prevent free movement of the goods.

In practice, the key area of dispute is likely to be whether rebranding the products is necessary. It is clear that the reason for the rebranding has to be more than to secure a commercial advantage. However, the importer does not need to go so far as to show that they are prohibited from using the original trade mark. Instead, rebranding is likely to be seen to be necessary if, without such rebranding, effective access to a substantial part of the market would be hindered as the result of strong resistance from a significant proportion of consumers.

Looking again at our original scenario, recent case law suggests it may also be possible to object on the basis of UK rights in Mark 1 (the mark that has been removed), even though there is seemingly no use of Mark 1 in the UK.

Until recently, it was thought to be pretty clear that if a parallel importer removed a trade mark from the packaging of the product (‘de-branding’) for the UK market, the trade mark owner had no scope to object to sale of the product in the UK, because there was no use of the trade mark. However, the CJEU cast doubt on this in 2018 in C-129/17 Mitsubishi v Duma Forklifts.

This case did not concern pharmaceuticals, but rather a company parallel importing forklift trucks. Without Mitsubishi's consent, Duma acquired forklift trucks from outside of the EEA. They brought the trucks into a customs warehouse where they removed Mitsubishi's trade marks and made modifications to the trucks to comply with EU requirements. They then applied their own trade marks before proceeding to sell the goods in the EEA.

Somewhat controversially, the CJEU held that Mitsubishi was entitled to object to removal of their trade marks in this way, on the basis that it deprives them of the essential right to control the initial marketing of the goods in the EEA, adversely affecting the indication of origin, investment and advertising functions of the marks. The judgement broadened the scope of what might traditionally be considered use of a trade mark in the course of trade, suggesting it could also include the act of removing a trade mark during the process of importation.

Whilst the Mitsubishi case is very positive for trade mark proprietors, ultimately, in each case it will be down to the courts to reach a decision on whether there is infringement based on the facts before them. It seems quite possible that in the future a UK court could still find there to be no infringement of a UK trade mark through its removal, in light of some specific circumstances, particularly if there is a legitimate reason that removing the trade mark is necessary to enable access to the market.

Impact of Brexit on Parallel Imports

In the Withdrawal Agreement, the EU and UK have agreed that intellectual property rights exhausted in the EU and the UK before the end of the transition period shall remain exhausted in both areas. It remains to be seen exactly what kind of exhaustion model the UK will apply after the transition period. They may continue to recognise exhaustion of rights in goods marketed in the EEA, or else adopt a system whereby rights are only considered exhausted if the goods are placed on the market in the UK specifically. The latter would certainly be welcomed by brand owners keen to enforce their rights against parallel importers, but does seem fairly unlikely.

A third possibility is a system of international exhaustion, in which the exhaustion principle is applied to goods sold with the trade mark proprietor’s consent anywhere in the world. This would increase competition, benefiting consumers, but could result in many more difficulties for trade mark proprietors. In the pharmaceutical world, it would also raise concerns about the potential for lower quality products to make their way into the UK market.

Both trade mark proprietors and parallel importers will need to keep abreast of any developments and ensure they take appropriate steps to protect their interests moving forward.

Rebecca handles a wide range of trade mark work in the UK and before the EUIPO. This includes prosecution of applications, opposition, revocation and invalidity proceedings. She is also experienced in advising on UK trade mark clearance searches, managing large and complex trade mark portfolios and devising international filing strategies.​

To read more commentary from Rebecca on this and other related topics you can sign up to our News and Insights.