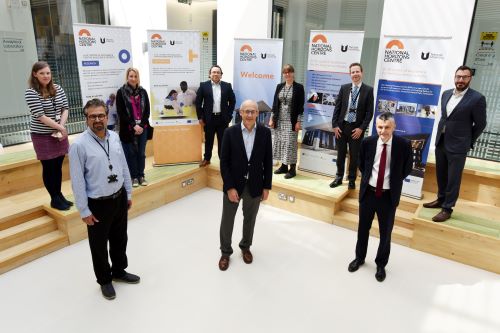 Having launched an impressive 34 businesses to date, North East university collaboration Northern Accelerator has been awarded a further £3.6m from Research England to continue its successful programme, expanding its partnership in the North East and rolling out its flagship support model to universities in the South of England.

Northern Accelerator was set up to develop the ecosystem for creation of spin-out businesses from the North East’s universities, strengthening the region’s knowledge economy and helping address regional imbalance. Funded by Research England’s Connecting Capability Fund and the European Regional Development Fund, Northern Accelerator brings together academics and business leaders, with a host of funding and support, to form sustainable businesses that create more and better jobs.

From July, Teesside University has joined the universities of Durham, Newcastle, Northumbria and Sunderland, expanding the partnership across the whole of the North East and further strengthening the pipeline of innovative commercial opportunities coming from the region’s world-class university research.

Professor Paul Croney, Vice-Chancellor and Chief Executive of Teesside University, said: “We’re delighted to be part of the Northern Accelerator partnership.  Growing our region’s economy through innovation is a key part of our mission at Teesside University, and being part of this successful initiative will add another dimension to our research and business engagement work. We look forward to spinning out a strong pipeline of successful new businesses from our research base.”

Tees Valley Mayor Ben Houchen said: “Teesside University joining Northern Accelerator is another fantastic example of how our talent and expertise will help to establish new innovators and job creators in Teesside, Darlington and Hartlepool, while sharing our knowledge and insight with the wider North-East. This move will also strengthen the offer of the already excellent University and I’ll do all I can to support them to create more good-quality, well-paid jobs here in our region.”

Northern Accelerator’s flagship support programme, Executives into Business, which has seen 34 experienced business executives leading spin-out businesses through their start-up stage and beyond, has attracted national attention for its success and will now be adopted by the award-winning enterprise partnership, SETsquared, consisting of the universities of Bath, Bristol, Exeter, Southampton and Surrey.

Rick McCordall, Head of Company Creation at Newcastle University, said: “With funding from ERDF and Research England we’re able to recruit an experienced CEO right at the early stages of a spin-out. It’s a model that has proved its worth, and we’re proud to see that recognised and to see universities in other parts of the country benefit from it.”

As well as launching a series of highly investible innovative businesses, Northern Accelerator’s support offering has seen over 200 academics trained in impact and entrepreneurship, and £2.1m funding awarded to academics to progress 50 research projects closer to commercialisation. A Northern Accelerator Seed Investment Fund, managed by Northstar Ventures, has invested a total of £1.8m into 9 businesses, and this will act as a cornerstone for the development of a much larger long-term venture capital fund for university spin-outs in the region.

The additional funding from Research England’s Connecting Capability Fund will allow the partnership to continue this support offering for an additional two years, further developing the pipeline of investible spin-out propositions, as well as introducing a new scale-up programme, for a few businesses deemed to have significant high growth potential.

Dr Tim Hammond, Northern Accelerator Project Lead, said: “Northern Accelerator evolved from an initial Executives into Business programme into a full programme of support and we’re really bolstering the region’s innovation ecosystem with the creation of a long-term venture capital fund for spin-out businesses. It is fantastic to receive confirmation that we’ve been successful in our bid for further CCF funding, allowing us to continue the good work already undertaken to contribute to regional prosperity and societal impact.”

Alan Welby, Innovation Director at North East Local Enterprise Partnership, added: “Having the right funding and innovation infrastructure in place on a regional level is vital to create the conditions for spin-out businesses to grow and flourish and, in that respect, Northern Accelerator plays an important role. I am delighted that Northern Accelerator has received follow-on funding. It proves that that programme is delivering well – onwards and upwards!”